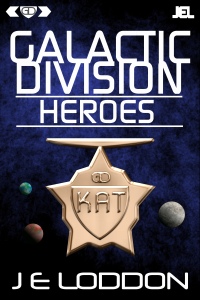 This year, I will be posting a chapter of my new online exclusive novel every week. Galactic Division Heroes: Kat follows a new character, Katarine Rafalsdottir, through the timeline of the first three Galactic Division novels. You can read Chapter One here.

The journey took an age. I was used to getting to anywhere worth getting to in little more than a half hour. The novelty of being in space, and the sensation of weightlessness wore off quickly. We were, after all, strapped in place, with no view onto the galaxy surrounding us. Shifted uncomfortably in my seat, I silently cursed the safety harness. I got that they couldn’t have us floating around the ship, a large group of emotional teenagers flying free. The harnesses, though, could easily afford to be a bit looser during this part of the journey.

Annalise, thankfully, had fallen asleep soon after take-off. She really was like a grumpy toddler. Marin and Rich had become fast friends, having been deep in conversation since we’d left the planet. They were still, though, speaking in whispers, so I had no idea if either of them actually had anything interesting to say.

There was quite a lot of conversation going on around me. I marvelled at how quickly complete strangers could become friends. When I as younger, still at school, I’d had a pretty big circle of friends. We’d hung around as a group, gone to each other’s parties. Once I’d dropped out, though, it was a different story. They stopped talking to me. Actually, in fairness, I’d probably stopped talking to them. I hadn’t wanted to speak to anyone, for an unhealthy amount of time.

Then, once I started going out and about, I drifted from acquaintance to acquaintance, never liking nor trusting anyone enough to term them a ‘friend’. It was just me and the old man in the shop, no-one even close to my age to strike up a camaraderie with. It wasn’t ‘til I met Seb and Ant that I could count anyone as closer than ‘some guy I know’. Even then, it had just been the two of them. And for the most part, they talked and I listened, certainly in the early days. I barely spoke to my mother either, so all in all, I’d gotten used to being fairly quiet.

As boredom set in, I found myself listening in to other people’s conversations.

“-and she says I won’t be able to do it. Because I’ve never so much a hurt a bug. That’s true, but a bug never threatened the existence of my species. That makes a difference,” a petite brunette across from me was saying to the boy next to her. It was no wonder she’d never started a fight with a bug – she was so slight that the bug would probably have had a decent shot at winning.

“Well I’ve been in a couple of fights, here or there. I’ve usually won. I don’t know that I want to kill anyone, though.” The boy looked quite sturdy. It didn’t look like muscle, but it was difficult to be sure. I looked around at the kids I could see, and none of them looked particularly muscular or athletic. The Division would have a job on their hands if they wanted to turn us into soldiers. They probably should have held the lottery earlier, like at the age of 14. Let those that were chosen have the chance to build up some muscle, really prepare for what lay ahead of them. The problem with that, I guess, is it would also give them a chance to run away.

“They’re killing us,” the girl replied. “Every minute of the day, a human gets killed. Every minute. Do you want that to be you? Or your family?”

“It will be, one day. Unless we fight. Don’t get me wrong, I don’t want to kill anyone either. But I will if I have to. It’s only right.”

“Well it’s not really right that I have to do it at all,” he said, crossing his arms. “If none of my friends have to do it, why do I have to?”

“Why does anyone have to?” she replied, raising her voice. “Clearly someone does. How do you think it should be decided?”

The boy thought for a minute, his face reddening. Not having heard the earlier stages of their conversation, I didn’t know if it had all been amiable up to that point, or if they’d been squabbling the whole time.

“What?” she asked indignantly. “Criminals? You really think that’s fair, someone has to steal to feed their family, so they’re marched off to die as a punishment. Besides, you really think they’re gonna follow orders?”

“As much as any of the rest of us will,” he shrugged.

“If they were just taking the strongest, kids wouldn’t choose to be strong. They’d all be in the sweets cupboard as soon as they hit their teens.” She looked pointedly at his belly. “People shouldn’t be punished for caring about their bodies.”

“I shouldn’t be punished for no reason!” he cried out, then buried his head in his hands, turning away from her. She looked around her in bewilderment, raising her hands in the air as if asking ‘what did I do?’

I shut my ears off for a while. I didn’t want to hear any more. I was starting to feel grave misgivings about the whole thing. The idea of travelling away from everyone, taking on a whole new role in life had seemed exciting. Now, though, I was feeling a coldness running through me. I don’t know what was the more off-putting – the growing reality of the fact I’d be expected to kill people, or the dawning realisation that I’d have to do it alongside people who didn’t necessarily like each other. How could you trade insults with someone one day, and then the next day trust them to watch your back, keep you alive? It was terrifying. I’d trusted Seb and Ant as much as I’d ever trusted anyone. If we’d been dropped into the middle of a gunfight, though, did I really think they would have put their lives on the line for me? Seb, maybe. Ant, almost certainly not. So what chance did I have with strangers?

I tried to sleep. There were quite a few passengers who were doing so successfully, but I couldn’t. Not even close. It wasn’t due to lack of tiredness. It was still relatively early in the day, but I hadn’t had much sleep during the night. I just couldn’t shut down enough to drift off. It was too noisy. The seat wasn’t comfortable enough. And I felt very subconscious about falling asleep surrounded by people.

After what seemed like an age, an announcement was made. We were on our final approach. We were less than a half hour away from our new home. As the sleepers roused into consciousness, a buzz began to build around the room. This was it. Whatever nervousness I felt about what was to come, regardless of the fatigue I felt, adrenaline surged through me. I was about to board a spaceship. I was already on one, sure. But this was different. This was a huge spaceship, bigger than any building I’d ever even seen back home, let alone been in. I tried to imagine what it might be like, but I couldn’t. A huge vessel with corridors, and rooms, and enough space for thousands of kids to live and train. How did they even build something like that?

Forces were working against my body again, as the ship began to hum and vibrate, manoeuvring into the giant training vessel. How I wished there were some windows, both so I could see what it looked like from the outside, and so I could watch how the small ship entered the large ship without all the oxygen escaping as it entered. My full weight was pulling me down into my seat as the ship bumped down onto something solid. We had landed. Along with everyone else, I struggled at my harness, impatient to get out of my seat and make my way off the transport.

It was several painstaking minutes before the safety locks on the straps were deactivated. Several announcements went by, urging us to leave the ship calmly, and follow instructions as we made our way onto the training ship. Once I managed to get the harness off, I pushed up from my seat, keen to be one of the first. My legs, though, were like rubber. Thankfully, I wasn’t the only one falling back into my seat, those few hours enough to make the force of gravity seem alien. I clambered to my feet again, and squeezed forward as far as I could before the sheer mass of bodies prevented me from getting any closer to the door. Finally, it began to raise up, and the ramp eased down. We had arrived.

You can read Chapter Eight here 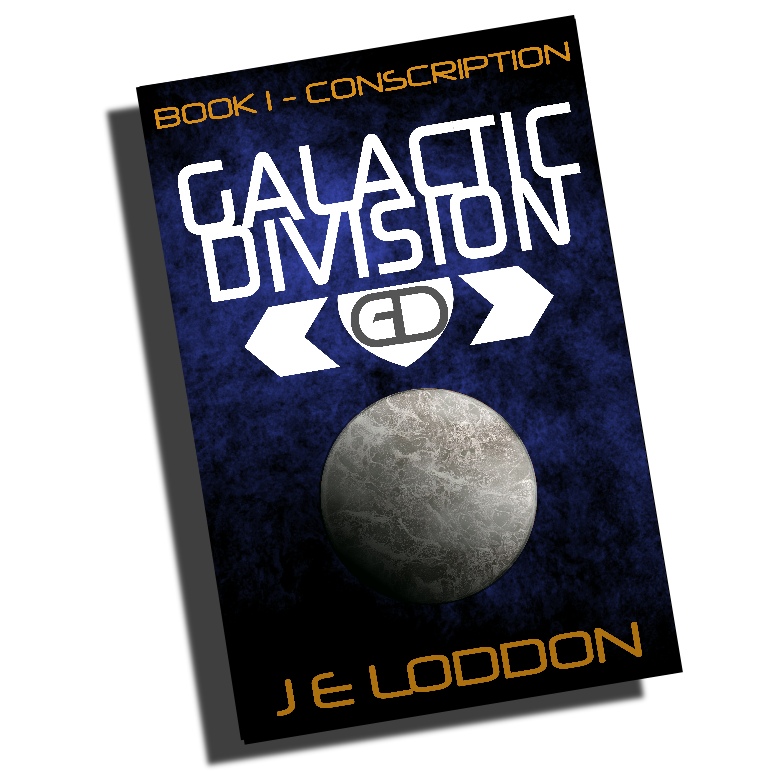 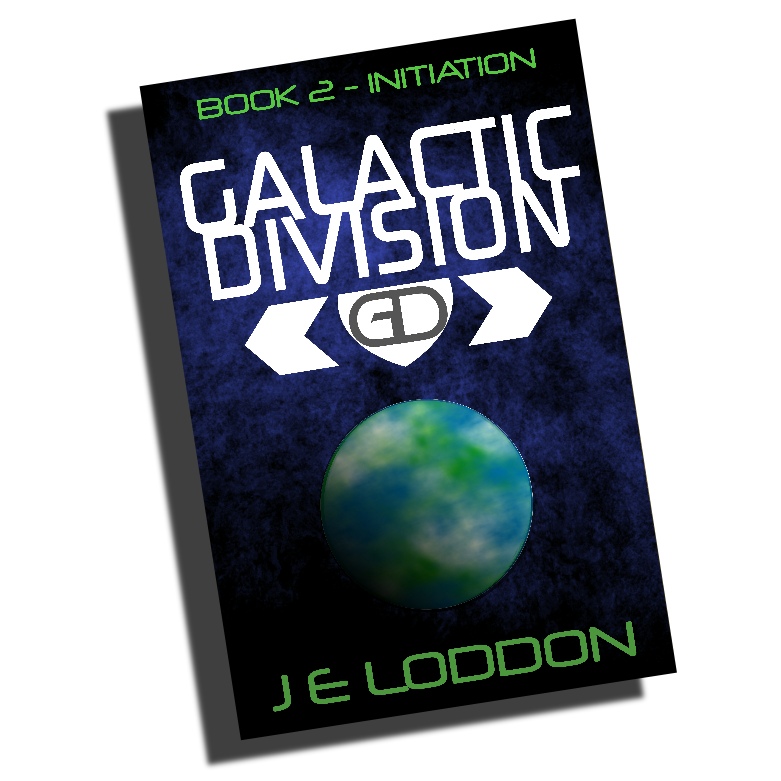 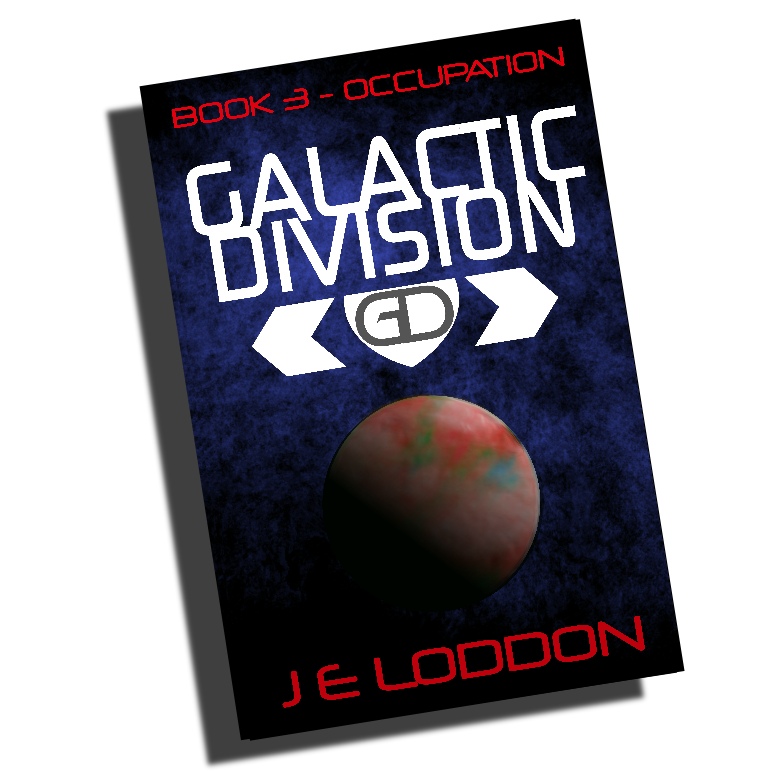 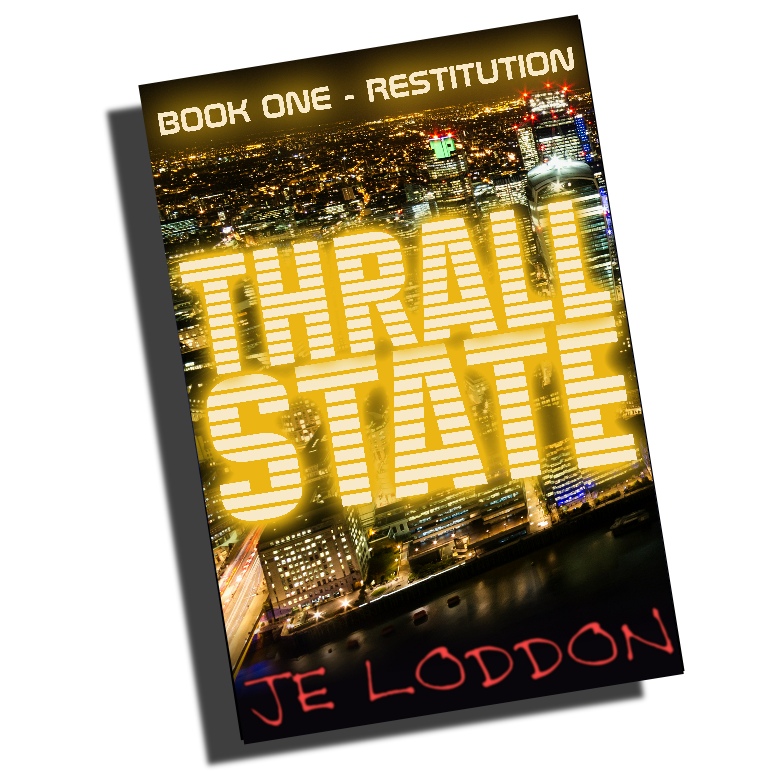